NVMe SSDs have similar mechanisms, however the SSD must support APST (autonomous power state transition) at the NVMe layer and ASPM (PCIe Active State Power Management) at the PCI Express layer. In order to achieve the lowest power state, a physical pin analogous to SATA’s DEVSLP pin is the PCI Express CLKREQ# pin.

Let’s examine a couple of case studies using a common platform, a common SSD but two different operating systems. The watermark that we are seeking is sub 10mW power consumption from an NVMe SSD and we can actually see this watermark achieved using either a Windows based or Linux based operating system. We will use Quarch’s Power Analysis Module (PAM), Quarch’s Programmable Power Module (PPM) and Quarch Power Studio (QPS) software. PAM not only measures power but also provides a useful scope representation of the SSD’s sideband signals, of importance here is CLKREQ#.  The PPM acts as the actual power source for the DUT and can be used to perform voltage margining, slew rate ramping and rail noise injection.

Notice how frequently the OS appears to wake the SSD. The SSD is unable to reside in its lowest sleep state, L1.2 for extended periods of time. 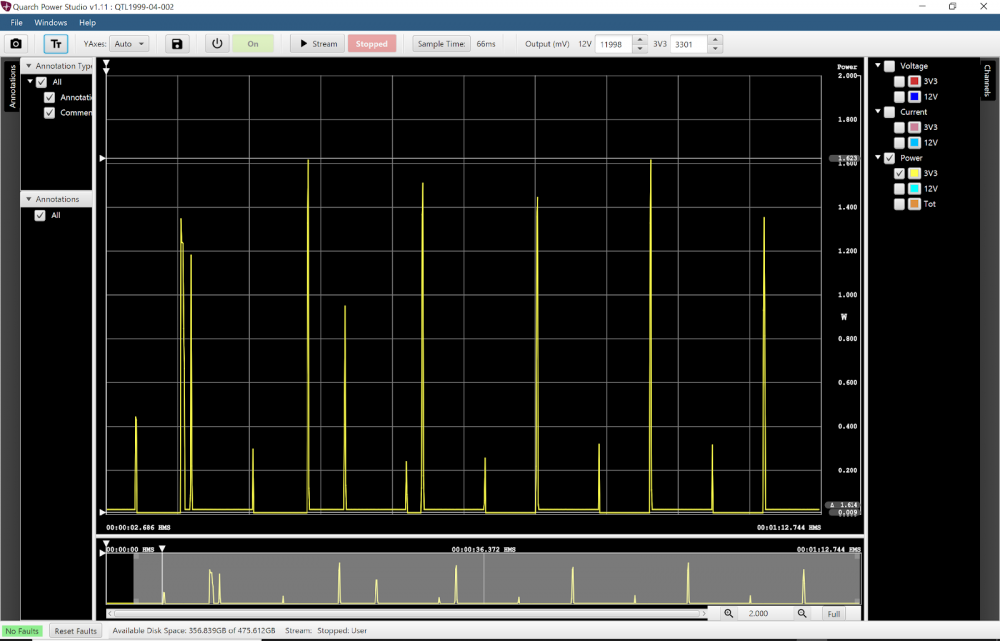 2. Linux (Ubuntu) and the steps to achieve this low watermark using the PAM tool.

PAM has the capability to also capture some of the sideband signals such as CLKREQ#. You can see that the same SSD in the same laptop PC in the example above, is allowed to reside for longer periods of time in its deepest sleep state under Ubuntu. 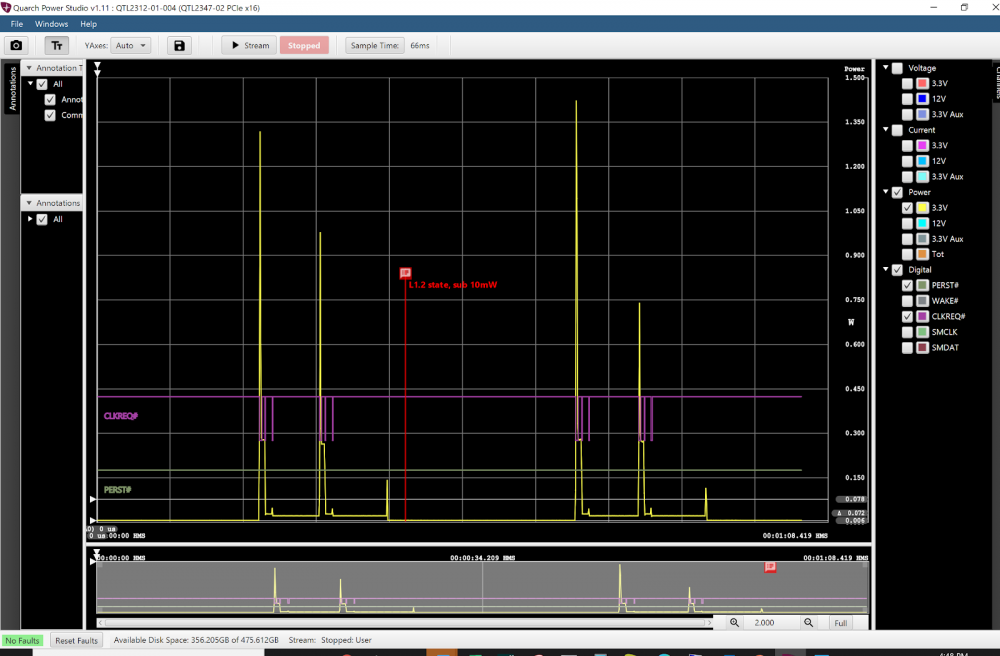 We have shared two examples of an NVMe SSD’s ability to achieve the deepest level of sleep. A detailed explanation of the exact mechanisms of the NVMe and PCI Express software and hardware sleep transitions is best left in the capable hands of the SSD manufacturers. It was a surprise for us to see such a difference in the actual time that an SSD is allowed to reside in sleep between the two operating systems… Again, we defer to the industry experts to explain the differences.

What Quarch can deliver are tools that are easy to use, accurate, affordable and practical for nearly every firmware or hardware engineer to have at their home office or lab bench at work. The compact footprint of either the PPM or PAM allows for collecting measurements in a confined space. With Quarch’s PAM or PPM, the user can make the determination if the advertised sleep state and power consumption has been achieved, it is up to the user to decide which tool is the best fit for the given job.