When it comes to analyzing power data for your storage devices, we like to think QuarchPy is something of a savior when used in conjunction with our tools.

QuarchPy is a python package designed to provide an easy-to-use API which will work seamlessly over any connection option: USB, Serial and LAN. With it, you can create your own scripts for controlling Quarch devices – without having to worry about the low-level code involved with communication.

The package contains all prerequisites needed as a single PyPI project, which can be installed from the python online repository using PIP or a downloaded local copy. This makes it easy to install and update, while also providing you with full access to the source code if you want to make changes or additions.

QuarchPy can also communicate to the device via QIS (Quarch Instrument Server), QPS (Quarch Power Studio), or simply using Python scripts.  Both QIS and QPS are included with the QuarchPy Package – they are ready to use (Java and drivers may also be needed).

Quarch Power Studio (QPS) is a unique and powerful system for capturing and analyzing power data from storage devices using Quarch power modules. It can record and display live data for an unlimited time, then easily navigate through it, zooming in on the smallest details. 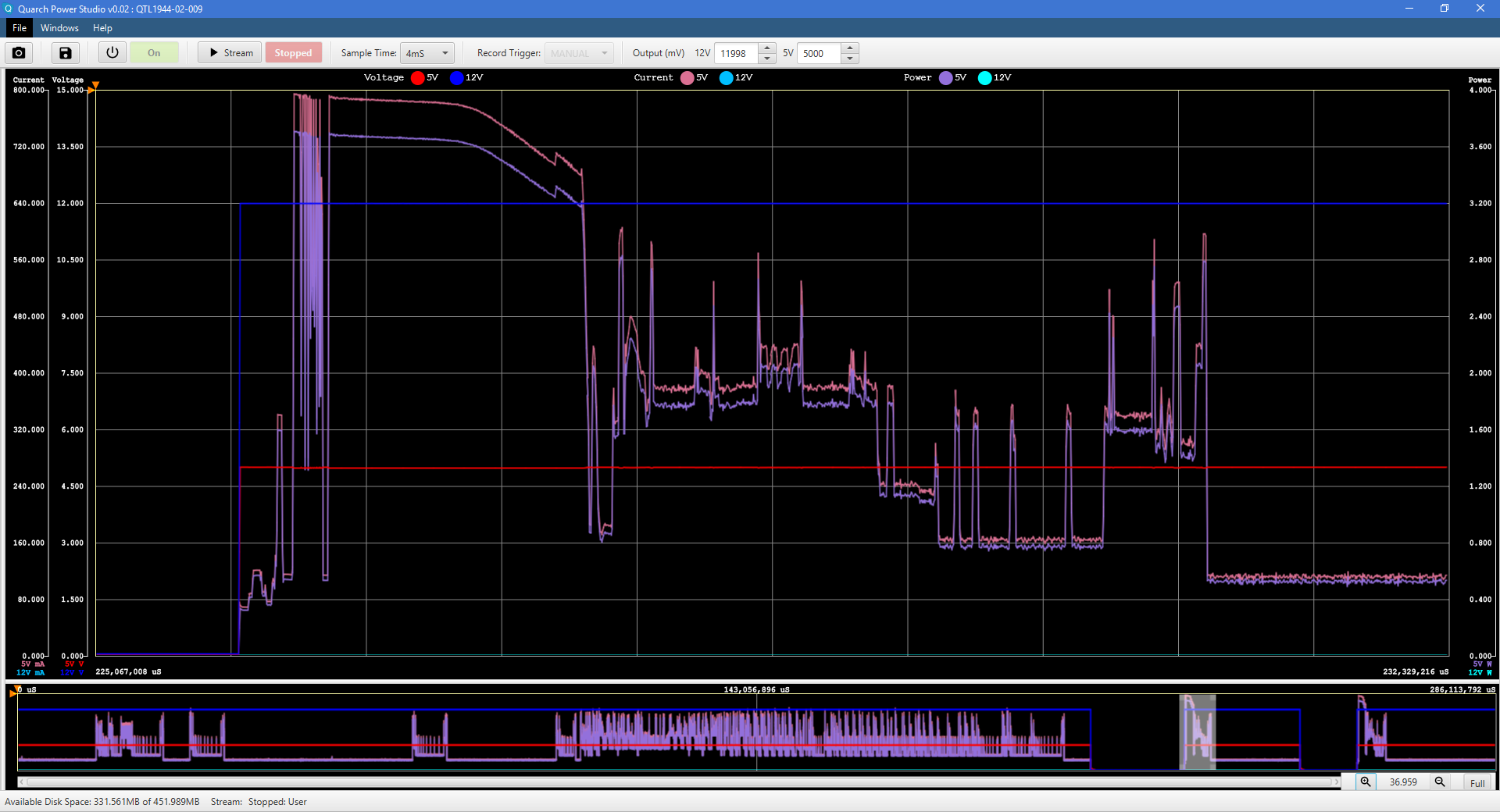 The software is built on the Quarch Instrument Server (QIS) platform. QuarchPy can be used to launch and control an instance of QPS allowing power data to be displayed on the screen while running tests on a drive. An example of this can be found in Application Notes AN-015 to AN0017 where the recording example script is used to draw drive power data along with IOPS/Temperature and custom annotations, all in real time.

Quarch Instrument Server hides the complexity of locating – and communicating with – Power Modules. QIS buffers the large amounts of data received when ‘streaming’ from the device, making it easy for a Python (or similar) script to handle.

All communication with QIS is via a simple network socket. Users can create their own scripts using QuarchPy to talk to the device via QIS. This is slightly lower-level than automating with QPS but, since QPS is built on QIS, the process is similar. An example of this can be found in application note AN-006 hot-plug example, where a function is made to power up and down a device multiple times to test how it copes, verifying the drive enumerates each time. We suggest to users that they download our application notes as a starting point for creating their own scripts using QuarchPy, and encourage the development of more complex tests from these notes.

Commands for specific modules can be found in the technical manual for each product and are available for download on our website.

For a general overview of automation, see the Quarch Automation Manual.